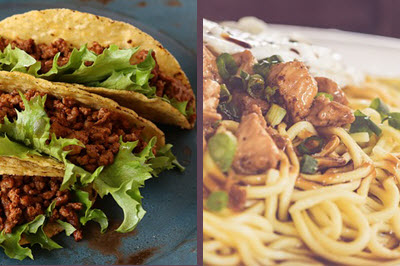 According to CBSNewYork, the National Football League is warning its players from eating too much meat in Mexico and China because it may cause a failed drug test.

It appears that some meat from Mexico and China could contain anabolic agent CLENBUTEROL, which is banned by the league’s Performance-enhancing Substances policy.

You can read the full article here.

It gets more interesting.

The next day, CBS Sports ran another article saying that Texan offensive lineman, Duane Brown had been suspended last November for this exact drug violation. However, Brown had saved all his receipts from a Mexico vacation showing he had about 10 hamburgers and 2 steaks while he was there.

Brown was facing a 10 game suspension, which are RARELY overturned on appeal, but he won his appeal because of those saved receipts. According to CBS Sports, “If Brown hadn’t saved his receipts, he would’ve had no way of proving that he ate that much beef while on vacation. Brown had the receipts though, and his suspension was overturned.”

In an attempt to be humorous in the final paragraph they state: “The Texans and Raiders will probably want to send another reminder in a few months because those two teams play in Mexico in November. The NFL might want to market that game as the “Vegetarian Bowl,” because it doesn’t sound like anyone will be eating meat that week.”

You can view the full article here.

Our theme here is “Eat Well, Be Healthy”. We still ask “where does this meat come from?”. This question becomes more important every day.

Here’s an easy solution for you…

Let us supply you with locally grown, antibiotic and hormone free beef, pork, and lamb.