Enjoy our popular Perry Penguin animated videos. We follow Perry’s travels from Antarctica to Alaska, and to Perry, Missouri, and his introduction to healthy farming and caring for farm animals.

Introducing Tyler and the Farm Animals

Hi Guys,We’ve changed this page from 3 column to 2 column so that each video also has a brief description. We hope this will make your visit and navigation easier. Perry Perry Penguin’s Hard Working Staff. :>)

In this Animated Video we introduce Tyler as the original spokesperson for healthy eating. He describes how his farm uses Non-GMO feed. He lets us know that he doesn’t use Growth Hormones or Antibiotics for the animals. And he especially believes in free range for all animals.

These are considered by many in the farming industry to be old-fashioned ideas, but more and more people are waking up to these as best practices in farming.

Animals Choose Perry as their candidate for President

Mr. Rat wanted to be their candidate but the Animals shouted “there’s already too many rats in DC”.

Quite to his surprise, Perry was chosen by the Animal Convention. He tried to talk them out of it by saying he would move the Capitol to the North Pole or Antarctica but they elected him anyway.

3. Who is Perry Penguin?

Perry Penguin hails from Antarctica. He loved his family and friends, even had a girl friend, but Wunderlust hit. He took a ship to Alaska, where he fell in love with everything there, even getting a job in a warehouse.

Unfortunately Perry fell asleep in a container on lunch break one day and woke up in a truck on it’s way to the Midwest. He landed in Perry, Missouri (strange coincidence) and discovered the folks at 4 Quarter Processing. It was there and in the library that he learned about proper farming and care of animals.

As you will see in future installments, Perry becomes a fighter for what some call “old fashioned” ideas. We call it healthy farming.

Perry learns about bio-engineering and the producing of Genetically Modified Organisms. He talks about what is going on in the industry and that no one really knows the long term effects on people who consume food from GMO’s.

He points out that many people believe labeling GMO foods will help but that most foods already contain GMO’s. A helpful suggestion is buying locally, including local Farmers’ Markets as a way to know what you are actually eating.

Ricky and Sammy want to know Perry’s middle name and are quite amused at the answer. But, they’re also happy to start the Perry P. Penguin for President campaign.

Perry’s first rally goes exceptionally well and things get even better as the days unfold. Thousands show up and applaud his campaign for Non-GMO, No Hormones, No Antibiotics and Free Range for all animals. Tyler is very happy with the results also and continues to work with the media.

Ricky and Sammy convince Perry to appear in Hollywood

Ricky, Sammy, and Perry relax in the Colorado mountains after several days of grass roots campaigning. Ricky and Sammy tell Perry he needs to have rallies in the big cities where there is lots of media coverage.

Perry loves the mountains but is finally convinced to start campaigning in big cities. They decide on Los Angeles, and schedule an appearance in Hollywood. Lots of media there.

Perry wasn’t sure his message would resonate on the West Coast but people loved him there too. After many successful rallies they spend the weekend at Bernie’s and enjoy the beautiful Southern California beaches.

Perry and his Team fly back to Missouri

After many successful campaign rallies on the West Coast, Perry, Rick, and Sammy fly home for a few days of rest.

Flying is always exciting for Perry and he loves to meet new people. However, after looking down at the Sierra Mountains, Perry announces he wants to take a nap. He starts dreaming of his friends and family from his first home in Antarctica. He even dreams about his cousins Lenny and Vinny and his friends the Seals and Sea Lions.

Soon Ricky and Sammy are waking Perry to let him know they already passed over Kansas City and are now landing in St. Louis. A nice relaxing drive through beautiful Missouri and they are home again.

The Illiad of Perry Perry Penguin

This poem is a cross between Homer’s Illiad and Clement Clarke Moore’s famous poem, which he named “A Visit From St. Nicholas,” and which we now know as “Twas the Night Before Christmas”.

Better yet, let’s just say this poem was inspired by those two poets and all poets who have gone before us and shared their insights with us.

This is simply another way to enjoy the journey of Perry P. Penguin. You can certainly view this on full screen and even use it as a bed time story for the kids. We hope this is something the whole family can enjoy.

Ricky wants to know where Perry is and Sammy says Perry and Tyler are filming at 4 Quarter Processing.

“Without us?” says Ricky. “We’re supposed to be there” replies Sammy, so they head over as quickly as possible. They find Perry and Tyler just in time for the filming to start.

All the animals show up as well, since the word went out that this was an important announcement.

Perry then takes the platform and makes his surprising announcement.

Perry and Team plan for his appointment.

Only a few days remain before Perry is confirmed as Ambassador of Healthy Eating. Tyler’s Dad has offered to show them some local farms.

These farms are examples of Natural Farming, including: non-GMO grains, no growth hormones, no antibiotics unless necessary, and pasture-raised animals.

There are still many confusing food labels, such as: “free range”, “cage free”, “organic”, etc. For example, “cage free” can mean 1,000 chickens under one roof, with a small opening to an outside pen. Most chickens live their life and never see the opening, but they were “cage free”.

Perry’s goal is to educate everyone about healthy food choices. 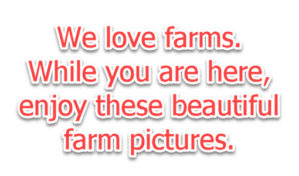